“I physically left the house in 1962 when I went to seminary at Codrington in Barbados, but I have never left over-the-hill mentally.” ~ Assistant Anglican Bishop, Gilbert A. Thompson

Assistant Bishop of the Anglican Diocese for The Bahamas, and the Turks and Caicos Islands

These were the words of Assistant Bishop of the Anglican Diocese for The Bahamas and the Turks and Caicos Islands, Gilbert Arthur Thompson, as we recently chatted and the topic of his beloved place of worship arose.

St. Agnes Anglican Church located in Grants Town has been around since the 1840s. Not too far from historic Government House and the Southern Recreation Grounds on Blue Hill Road, it remains unpainted, retaining its medieval appearance and a certain aura. Moreover, it is a fixture within the historically rich, over-the-hill community, having been the sacred grounds which many locals received the Christian teachings that have served to mold them. 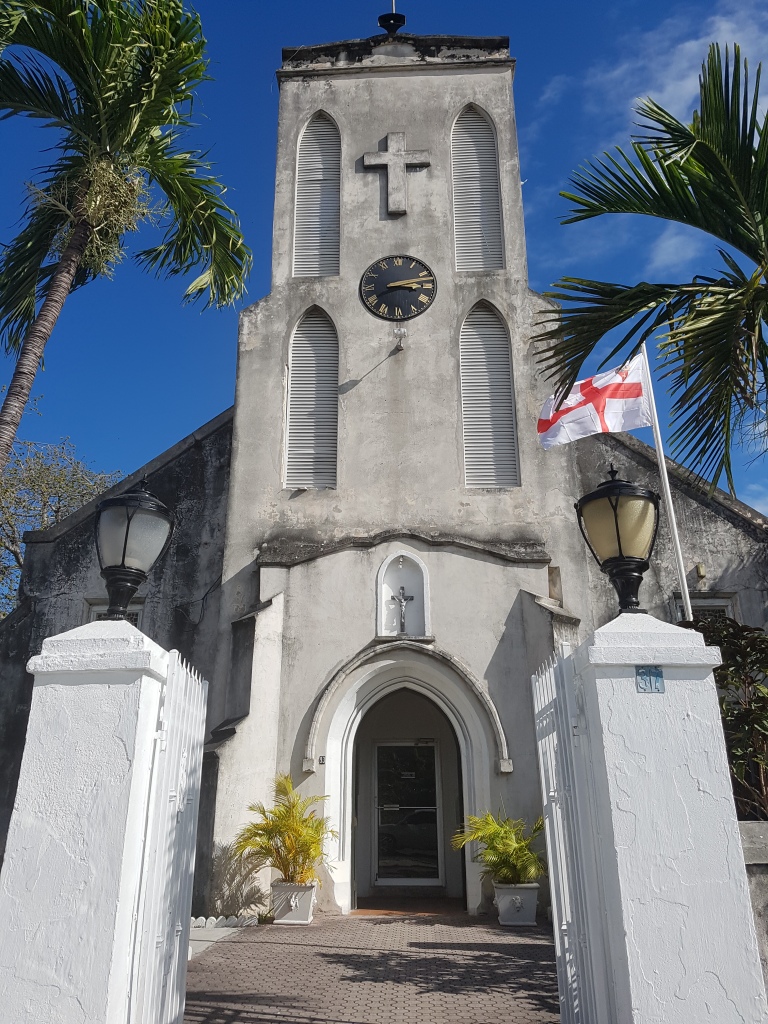 The beautiful and historic, St. Agnes Anglican Church on Blue Hill Road, has a special place in the heart of Retired Bishop, Gilbert A. Thompson. I captured this shot after the masses left.

I treaded softly when I got to this portion of our interview because I figured it might be sensitive. I asked Bishop Thompson if it is hard returning to St Agnes, as it is where his brother, the late Venerable Archdeacon William Thompson, was Rector when he tragically passed away in 2000.

“No!” he hastily replied.

“I go to mass every Tuesday at St. Agnes. It has strong, sentimental attachments. It is where I grew up,” he said with pride.

Speaking forthrightly about his deceased brother, Bishop Thompson continues to hold him in high esteem.

“It might seem strange, but he became more of a martyr. He is looked on almost like a saint,” he stated.

“He was very much involved in nation building. He helped to critique the national anthem. His idea was the cup was always half full. He didn’t take. He gave,” said Bishop Thompson.

Gilbert, William and their brother, Philip were products of Grants Town. They lived in a lovely house on the corners of Market and Hay Street of which I have passed many times. Earlier today, I stood outside that house, painted white with yellow trim and decorated with a Christmas wreath on its door. I took a photo of the house I always looked at admiringly, particularly as it still has that colonial charm and is one of the houses over-the-hill that is well maintained, taking passersby to a bygone era.

The Thompson homestead on Market and Hay Streets.

“It has sacred, sentimental value to us. It is about 100 years. I physically left the house in 1962 when I went to seminary at Codrington in Barbados, but I have never left over-the-hill mentally. I go there once a week to reminisce. That’s home,” stated Bishop Thompson.

“You need a gravitational point to balance where you are and where you’re going. There are accumulated memories there,” he said, adding that living over-the-hill influenced many people socially and culturally, with authentic jump and dance on holidays and the oral tradition of storytelling.

Bishop Thompson said it was his grandmother, Maud Deveaux-Thompson, who passed on the oral tradition of storytelling.

“Sometimes we would sit on the porch and tell old stories. All of that helped to make us who we are. And Sundays was for church and then visiting relatives. You knew who your cousins were,” he said matter-of-factly.

Further, it was noted that the people of the area also saw education as crucial for advancement. In fact, he also described it as the “cradle” of The Bahamas politically.

“Over-the-hill was a microcosm of where leaders came. They had a vision of what their children could become and what the country could become,” recalled Bishop Thompson, who in 2006 received the Commander of the Most Excellent Order of St. Michael and St. George as part of the Queen of England’s Honours.

Honoured by the Queen of England

Bishop Thompson and his brothers were among those who received a good education and took their places in society. That little house on the corner of Market and Hay Streets produced an Archdeacon, a Suffragan Bishop and a doctor.

Bishop Thompson was ordained to the priesthood in 1961, having served for many years in several family islands and then as Rector of St. Barnabas Anglican Church, which sits on the corner of Wulff and Blue Hill Roads – another church over-the-hill. He was at the latter for 32 years.

“I knew my people. I knew I wouldn’t get immediate respect. I had to earn respect. It was a pleasurable challenge,” added the Bishop.

These days, the 83-year-old remains highly respected in the Anglican Diocese. He enjoys spending time with his wife Olga, their children Gilbert II, Angela and Heather, and their grandchildren, three of whom are in college studying Industrial Art, Medicine and Law, he proudly shared. 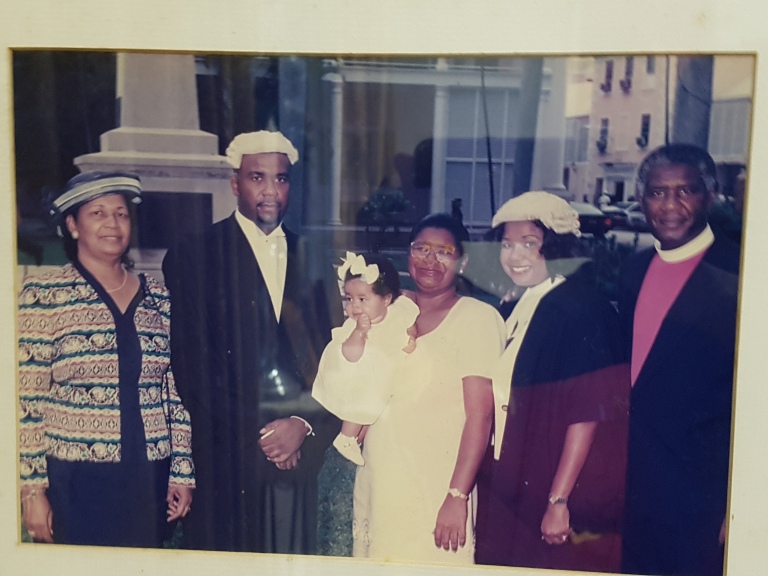 At one point during the interview, Bishop Thompson happened to see a book sticking out of my bag; he peered over his glasses and asked, “What you readin’?” I chuckled before showing him; Michelle Obama’s ‘Becoming.’

“She was over here ya know. She’s a good friend of Maynard,” he said, confirming what I recently learned about former First Lady of the United States, Michelle Obama being friends with Bahamian, David Maynard, whom she went to Princeton University with.

He then revealed that he too went to Princeton during summers, while studying towards his Master’s in Christian Education. Moments later, he showed me the degree hanging on his office wall. In that office was a long row of CDs, in addition to eight-shelf bookcases lining the northern and southern walls. Bishop Thompson revealed that he is a lover of Shakespeare, after which he quoted an excerpt from Macbeth. I proudly told him I studied Macbeth as well, while at Queen’s College.

As I prepared to leave, I felt I had learned so much about the Bishop, a man whom I had previously only seen from afar or in the news. During my years as a Reporter, I had never had the privilege of interviewing him. He had so much to say during our over an hour encounter that I have not even included. He is certainly keeping in shape mentally and physically, as he attends the gym four times a week, reportedly doing push-ups, lifting dumbbells and walking on the treadmill, and certainly he is a reservoir of knowledge. He is sharp at the age of 83 and ever learning, currently brushing up on Latin and Greek.

But what were his final words about over-the-hill, which he said he never left mentally?

7 thoughts on “Over the Hill Produces Anglican Bishop”