“I am a teacher at heart. It’s in my blood. I constantly want to give back what I’ve learned.” ~ Kerima Smith 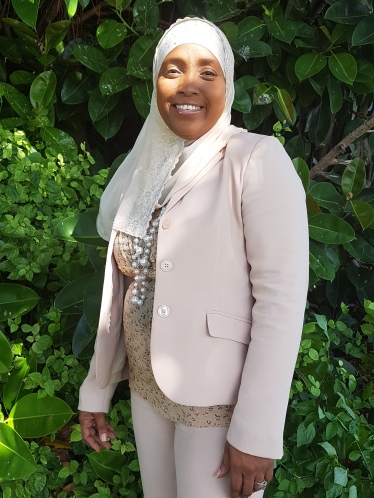 Although she now lives on the outskirts of town, for years Kerima Smith gave back to the over the hill community through tutoring.

“I just love dealing with children. I learned from my father, Khalid Abdul-Hadi. He made an impact on me back when we lived through Hospital Lane. Once you were a child, you were welcomed in our house,” said the educator.

As a Muslim, Kerima is no stranger to stares, criticism and misjudgment. Once some people see her wearing the hijab, it conjures up negative feelings of the Islamic world which worsened in the months after September 11th, 2001 and even during the Arab uprisings that spread across the Middle East in 2011.

However, the Kerima I know is not a bomb-toting extremist. She is not imposing with her beliefs. Quite frankly, she is cool…down to earth. She is also intelligent, tenacious, no-nonsense, yet witty. She would be laughing one moment, but if she has to stand up for her rights in the next, she tells it like it is.

“For seven years, just up to two years ago, I offered free summer camps at the homestead; my parents left Hospital Lane and moved into Chippingham. I offered free camps in their living room because of space. I just knew many of the children couldn’t pay and to this day, wherever they see me, I’m still ‘Aunty Kerima,’” she said, beaming.

“I am a teacher at heart. It’s in my blood. I constantly want to give back what I’ve learned. I believe in sowing seeds. What we put out there, you get back. What we throw to the wind, the wind throws back at us,” she stated.

“I walked to Oakes Field Primary from Hospital Lane and nobody ever attacked me. Living in that kind of community kept me grounded. Neighbours looked out for neighbours,” she added.

Today, Kerima is Chair of Office Trades at the Bahamas Technical and Vocational Institute (BTVI). She has held the position since December 2016. It was a move she initially resisted.

Kerima with former students in a BTVI file photo

“As a wife and a mother of two boys, I wondered if I could balance being a good mother, wife and able to lead a number of experienced instructors,” she recalled.

“The defining moment came when I realized I could actually be a good leader. I had an epiphany. I realized as leader, I had to establish the culture in my department. Essentially, ‘Be the change you wish to see,’ yet have a spirit of compromise because a subordinate can come up with a better idea,” she acknowledged.

It has been 13 years since Kerima began her teaching career at BTVI. With an Associate’s degree in English from the then College of The Bahamas – now University of The Bahamas – she began as an English instructor. She also has an Associate’s degree in Accounts from the same institution with experience working in the offshore industry. This is in addition to a Bachelor’s degree in Business Administration from Sojourner Douglas College and by spring 2019, she is expected to complete her Master’s degree in Management from the University of the West Indies Open Campus. She believes in being a lifelong learner.

At BTVI, Kerima is teaching one class this semester, while heading the Office Administration, Business Office Technology, Human Resources Management and Office Assistant programs. She was adamant that the kind of leadership portrayed makes a difference with her instructors and trickles into the classrooms. 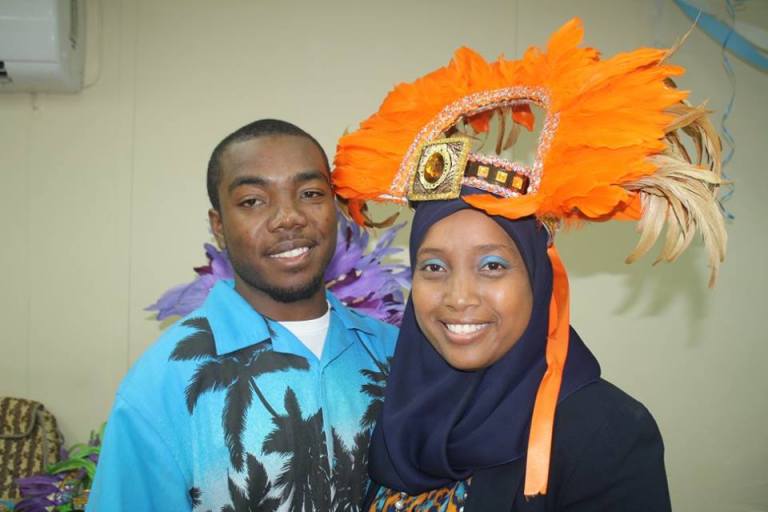 Kerima with a former student in a BTVI file photo. She has always sought to make her Business classes practical.

“Students don’t care until they know you care,” she emphasized, “I have students who have cancer, lupus, communication problems. You have to genuinely care. Every class is an experience. It’s not just about content. And as I teach, I continue to learn. My whole class environment is about an experience.”

“Leadership is service. It’s not about your glory. It’s how you impact others. In fact, I had a student who said I actually taught her diversity. For me, I represent a small community of Muslims in The Bahamas, so it has to be a positive image,” she added.

5 thoughts on “Kerima Smith: Giving Back through Education”