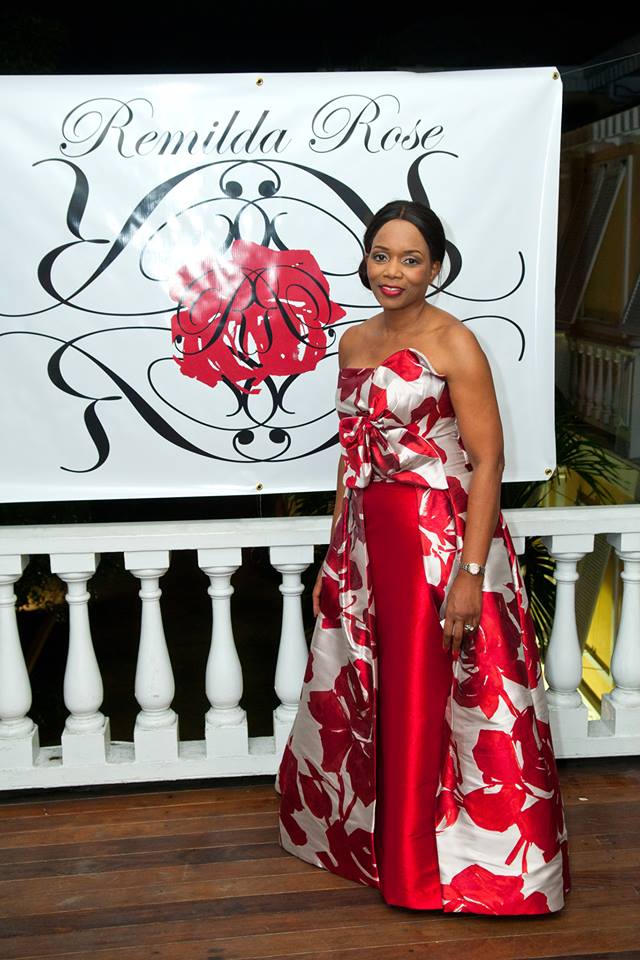 When a Gillian Curry-Williams’ client steps out, she steps out confidently chic.

As the designer and owner of Remilda Rose Designs, Gillian creates high quality garments from vintage to edgy. Her fashion house has become known for its embellishment of garments from hand beading and splashes of crystals to luxurious fabrics and rich colours.

Gillian produces stunning, sleek creations that are impeccably crafted to flatter a woman’s body. Each fabric is cut with surgical precision and meticulously stitched to produce head turning designs.

“When you go out there, you’re representing me,” said Gillian.

In fact, Gillian has a one-on-one relationship with each client, working closely with the individual to customize a design that by the time it is finished, the client totally owns it.

And as for her clients, some of whom are from over the hill, Gillian said, “I don’t look at where a person comes from. I look at the heart.”

Gillian was born on East Street, but moved with her family just four years later.

Nevertheless, with her grandmother still living in the area, Gillian found herself within that over the hill community every day after school.

Gillian is the daughter of a Registered Nurse and an Accountant. They were professionals, who in their spare time sewed and tailored clothes. She began cutting fabric and sewing for her mother from the age of 14. And although her parents did not initially support her quest to enter the field, they later became her loudest cheerleaders.

Gillian continued to grow and in 2010, the mother of two landed a scholarship from the Canadian Branch of the Lyford Cay Foundations to attend the Academy of Design in Toronto. It happened to be the same foundation that awarded her son a scholarship to achieve his goal of becoming an Aerospace Engineer.

In 2012, Gillian graduated as Valedictorian. She also debuted her fall/winter 2012 graduation collection dubbed ‘Manifestation,’ inspired by the Wizard of Oz.

Armed with new, enhanced knowledge and skills from her college experience, in addition to new love – having married Franklyn K. M. Williams three years earlier – Gillian introduced another collection to the public . It was at that fashion show, aptly dubbed ‘Rebirth,’ that Remilda Rose Designs was born. 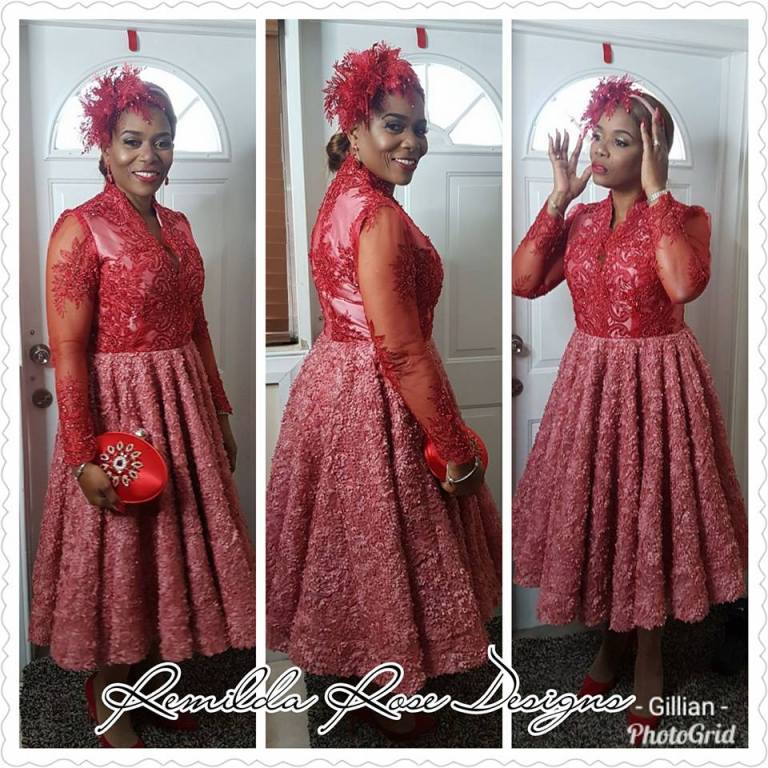 The name Remilda Rose was inspired by Gillian’s grandmother Remilda Davis-Taylor and her mother, Letitia Rose Taylor-Curry, products of over the hill.

“At Remilda Rose, we are ‘Embracing, Embellishing, Empowering the beauty in every woman.’ When you know you look good, nobody has to tell you. It gives you confidence. It plays a role, especially when it fits properly,” said Gillian.

“I am a stickler of my work being finished properly. I also pay attention to colour and what suits that colour. I style the customer even in terms of the colour of the bag, shoes and jewelry,” she added.
Giving Back

Gillian is known to have a heart of gold. This was evident, when in October 2017, she launched Remilda Rose Designs spring/summer 2018 collection. Under the theme, ‘Your Light Shines,’ the show honoured five women who are cancer survivors.

“We made beautiful dresses for them that were all crystalized and beaded up; in addition, we gave them a total makeover from their hair to their makeup, their shoes. We were just loving upon them,” she said.

The cancer survivors were also models in the showcase, wearing designs tailored specifically for them.

In a nod to her ingenuity, Gillian took the official colours associated with the various types of cancers and incorporated them into a unique print for the designs for her new collection, including but not limited to ocean blue for colon cancer, strawberry pink for breast cancer and pineapple yellow for sarcoma.

For Gillian, this showcase was personal.

“In 2014, it was discovered that my father had rectal cancer. It was a serious blow to the family. While accompanying him to doctors’ visits and treatments, I saw so many people at the hospital and I just knew I could use my talent to make the patients feel better. Born from that was the print and the decision to honour them during the show,” she explained.

Gillian’s father passed away in March 2016, but today, those who are cancer survivors still hold a special place in her heart.

There is no doubt that whatever Gillian does, it is based on inspiration. She sets herself apart by having professionalism tucked neatly under her belt, being armed with creativity, ensuring her work is neatly finished and having an open mind to evolve – even if it means rebranding.

Gillian takes her cue from fashion greats like Oscar de la Renta, Carolina Herrera and the late Alexander McQueen. She has exceptionally high standards and is convinced that no matter what social strata her clients are at, once you are a Remilda Rose woman, you have a natural sense of style. You are in love with gorgeous fabric. You are in love with fashion itself. 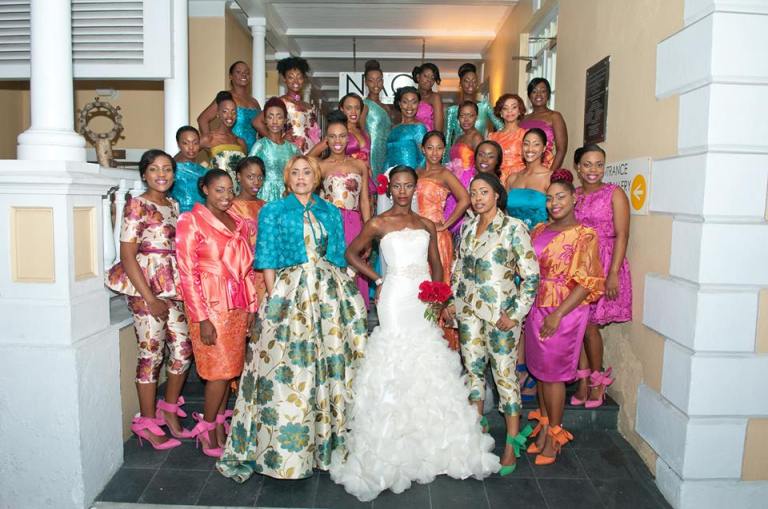